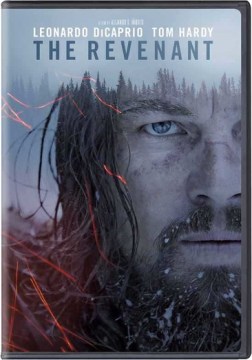 I put off viewing the 2015 movie The Revenant because I heard it was very violent. Recently, I reserved the DVD at Greenwich Library, and finally got a notice that it was ready for me to pick up and view. I was not disappointed.
This is the story of a fur hunter (Hugh Glass played by Leonardo DiCaprio), who encounters discrimination because his son is half Native-American. On an expedition in 1820, his team is attacked by Indians and many are killed. He escapes, but is seriously injured by a bear. His teammates agree to take him back to their fort. Unfortunately, Glass is getting worse, and the group decides they can’t make it over the mountains with him. Two teammates agree to wait until he either gets better or dies. They want to give him a proper burial. However, the situation gets worse as Glass is abandoned, and he must fight the elements to survive. He must also avoid some Native-Americans who are looking for a kidnapped girl, free the Indian maiden and escape some rival French fur traders. Glass then seeks revenge for his abandonment.
The beginning and end of this movie are very graphic and violent. All the acting is superb, and the scenery is breathtaking. The movie is based on a true story.