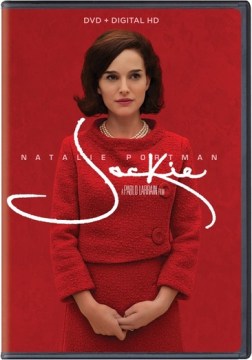 Jackie (2017) is a very dark and disturbing movie. Portraying events surrounding the assassination of President John F. Kennedy, it provides a different perspective (from the First Lady’s point of view). I couldn’t tell if everyone was trying to protect her, or if they were trying to cover up some elaborate conspiracy. At times, it seemed like the staff was trying to minimize the funeral so that the country could “get back to normal”. She seemed to be taken back by the lack of information sharing by those around her. Perhaps people were just anxious to move beyond the tragedy and ensure the United States government was fully operational. Jackie, however, insisted on planning a funeral that her husband deserved – one that would honor his legacy. The President’s brother, Robert Kennedy, tried to console her, despite searching for answers, and helping the new administration establish peace and order.
The movie portrays Jackie as a strong, independent woman. She remained steadfastly loyal to her husband, who was reported to have engaged in extramarital activities. (This issue was not addressed in the movie.) In one scene, she displays her courage as she has to tell her children that their father won’t be coming home.
I don’t feel Natalie Portman was totally believable in the main role. She didn’t look anything like Jackie, and her voice seemed to be “put on”. Portman’s movements also seemed stiff and rigid.
Nonetheless, the movie has a lot of redeeming qualities. It’s interesting to see the behind the scenes action. I feel it accurately portrays Jackie’s state of mind and her despair. It also raises questions about what really happened in Dallas on November 22, 1963.