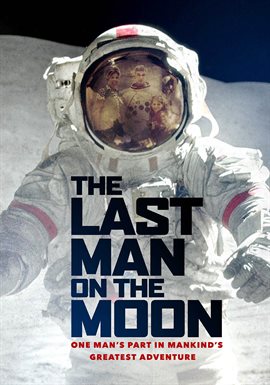 The Hoopla downloadable movie The Last Man on the Moon chronicles Captain Eugene Cernan’s life’s journey, which culminated in his 1972 walk on the moon. His parents instilled a strong moral code in their son, as well as a strong work ethic. He became a fearless Navy fighter pilot. This prepared him to enter the space program in the 1960s, resulting in his becoming the 12th man to step on the moon. It wasn’t always easy. He had to make many sacrifices. Training until late at night, being away from home so much, and becoming sort of a celebrity, cost him his marriage. Yet, becoming an astronaut remained his life’s dream. Late in his life, Cernan has become a spokesman and promoter of the space program. He has also remarried, and keeps in touch with his fellow astronauts.

This movie contains some great photography. Cernan does a masterful job of putting everything into perspective. It provides a look at some behind-the-scenes activities that make the space program possible. Furthermore, it has great historical value. The Last Man on the Moon is well worth your time.